“Pelvic floor physical therapy. They push on trigger points inside your vagina to relax your muscles. It completely resolved my back pain.”

The idea made me squirm. In response, my friend assured me, “it’s not sexual.”

In talking about my reaction with several friends, I explored why the idea of it made me uncomfortable. It’s a medical professional, after all. Why would I respond any differently than to a gynecologist who pokes and swabs around in there. One friend responded, “it’s your vagina. Of course, you think of sex when it comes up.”

I’ve been looking for the holy grail of solutions to my low back pain and radiating nerve issues for close to ten years so my friend’s experience had my attention. I believed that my back problems stemmed from two herniated discs located just above my sacrum and a compressed nerve running through my glute.

In my quest for healing, I saw two different pain doctors and a neurologist. All they could tell me is that it goes away in 80% of people. I’m part of the lucky 20%. They don’t know what causes it and they don’t know how to heal it. I tried the traditional remedies: cortisone shots and three different physical therapists. I explored alternative solutions: pilates, acupuncture, diet changes, and various vitamin and mineral supplement regimes. Anything short of surgery, which, according to my neurologist, has no better success rate than the cortisone shots that failed me and can actually cause new pain.

I discovered on my own that full body strength training, rather than solely focusing on the core, which is what the physical therapists focused on, helped, but didn’t eliminate the pain. So the fact that the pelvic floor physical therapy helped my friend’s back pain had me eager to check it out.

It also occurred to me that my other physical health problem, a recently diagnosed fibroid and its related symptoms of incontinence when I sneezed (and on trampolines), and cramps and spotting in between periods, all centered around the pelvic floor area. No doctor had ever mentioned pelvic floor physical therapy. The idea that those muscles, however, which are so integral to supporting the entire body, could be causing or, at least, contributing to my health problems made sense. So despite whatever discomfort I might have had, I was eager to give it a try.

Hannah, at Body Connect Health and Wellness, was warm and calming. She was also highly educated about the body with a PhD in Physical Therapy and extensive additional training in pelvic floor therapy. She also had training in sexual trauma to ensure she didn’t trigger me in any way.

On my first appointment, she assessed my situation. I spent the better part of an hour answering Hannah’s questions about my physical health related to my pelvic floor. This included symptoms I was aware of experiencing and many others that I only thought about when she asked. I’d had some issues for so long and always been told by doctors there was nothing to be done that I had long stopped questioning it.

She showed me pictures and diagrams of the pelvic floor muscles and others surrounding it. She explained their impact on the body when tight. In particular, one muscle, that I don’t remember the name of, when it’s tight, will compress the very nerve that has been causing my numbness and occasional pain in my right leg and foot. Since my last sciatic attack, I’ve had a problem with my glut involuntarily tightening at times. Her explanation of what was happening made sense.

The assessment also included an internal examination. It felt awkward having a stranger putting her finger in my vagina. But it was far less uncomfortable than a visit to my gynecologist. Because who doesn’t love having a speculum holding their vagina open while their doctor swabs them for a pap smear?

“You have a tight vagina.” She didn’t mean it in a good way.

“The muscles should be like a warm hug around your finger. Yours have a death grip. We’ve got some work to do.” She advised me to stop doing kegels, the conventional wisdom for incontinence. Turns out for some people they make the problem worse rather than better.

“Usually it takes about eight weekly treatments and I estimate treatment will resolve about 20% of your problems.”

That seemed low and I told myself she was just managing expectations. With hope in my heart, I proceeded with treatment.

At the first session, most of the work was external. She taught me some exercises I could do at home to try to improve my pelvic floor muscle alignment. Then she did some external myofascial release work around the organs in my abdomen. She spent only the last fifteen minutes on internal work.

The first spot she put pressure on made me jump. She released some of the applied pressure to be less painful and then held it there until the muscle released. She repeated this action in several places. I walked out from the first treatment feeling like a miracle had occurred. My back felt more relaxed and pain free than I could ever remember it.

As we continued to work, the amount of time spent on internal work increased. Often she spent 30–45 minutes on it each session. She also gave me new homework the first few weeks. This included the use of a dilator to help relax the mscles.

Early on she asked me to pay close attention to the mind body connection and how my body reacted to various emotions. I was already in the habit of monitoring my body throughout the day from psychotherapy and anger management work. I could recognize certain areas where I tended to especially tense up. My toes curling is often the most noticeable sign that I’m tense. I had never noticed my pelvic floor, however. Suddenly I noticed that when I was stressed, I not only curled my toes, but I curled up my pelvic floor too, clenching it and tilting it forward. That week I noticed how often I was tensing it up and consciously worked to relax it. When I went in for my next visit, Hannah noticed a considerable improvement in the tightness of my vagina.

After some months of treatment my back has been mostly pain free. When I do have pain, I’m usually clear on what’s causing it. Usually tight muscles from an overly ambitious lower body workout or I’m feeling strong emotions, sometimes without my conscious awareness. When I feel lower back pain, I’ll do a body scan to see what’s happening. It often leads to questioning about what emotions I’m feeling in that moment and why. I’m usually able to release the tension almost immediately.

The treatment didn’t resolve the nerve damage, or the menstrual cramps I’ve had my entire life. The fibroid cramps and the incontinence are things of the past, however. Thanks, I believe, to a combination of the pelvic floor therapy, acupuncture, and Chinese herbs.

So I consider the treatment a huge success and I’m now an evangelist for pelvic floor P.T. I’m angry, though, that the medical establishment seems afraid to explore the myriad of ways this part of the body might be contributing to physical problems. Could I have been saved ten years of pain?

Even now as pelvic floor therapy gains more traction as a treatment option, not one of my doctors recommended it. My gynecologist even sounded surprised when she asked why I was doing it. Is the resistance because women’s health has historically received far less attention and is still greatly misunderstood and badly diagnosed? Or is it because we have a puritanical resistance to exploring the vagina because it’s our sexual organ?

Pelvic floor therapy has a lengthy list of ailments that it can help to resolve or mitigate: including pelvic pain, back pain, fibroids and endometriosis. It isn’t just for women. Researching it, however, the only accounts I read were of women with pain during sex or generalized pelvic pain.

In their stories, the physical pain was frequently diagnosed as anxiety driven and drugs were prescribed rather than physical therapy. In one story, a woman’s vagina had been so tight her whole life that she couldn’t insert a tampon and she’d avoided sex because it was so painful. Not surprisingly, she’d never orgasmed. The doctor’s answer — have a glass of wine or take anti-anxiety medicine first. Basically — get drunk or high so you can have sex.

It’s disturbing when physicians in this day and age, educated about the human body, are giving messages to women about their sexuality that are roughly the same ones that boys told me in junior high and high school. Like me, this woman, thankfully, met someone with a similar condition who had a good experience with pelvic floor therapy. It revolutionized her life.

My own reaction when my friend first told me about the treatment says a lot about the messages I, and likely many others, have absorbed around the care of our vaginas. When she told me about the therapist inserting her finger and pressing on the muscles, I went straight to thoughts of whether it was sexual, and, if it was legit. It seems like everything is sexualized these days and I wondered if this treatment was yet another example.

On the other hand, society and religion have fed women such shameful messages around their sexuality for so long that many of us need all the help we can get overcoming them. There are many practices out there in which to explore and heal from these messages. As with any, some are truly helpful and others are garbage. Yet as my initial reaction to my friend’s description of pelvic floor P.T. attests, it’s hard to overcome the message embedded in my youth that “sex (and, by extension, my vagina) is bad.” It’s not surprising that I’ve never really managed anything that resembles a healthy sex life.

Yet, I wasn’t talking to my friend about pelvic floor P.T. to help me with sex, but with my low back pain. Except as soon as she mentioned vagina, I couldn’t help but go there. I specifically wanted to write about my experience because of my own shame around sex, how it leaks into discomfort around certain areas of my body, and affects my ability to obtain helpful treatments.

I also want us to normalize talking about our bodies, especially women’s bodies and what happens to them. While I like to pretend that I’ve overcome my own shame, and I talk openly about menstruation, the shame messages are still present. They appear when I’m having sex and have trouble orgasming, they’re there when I’m not having sex and think something’s wrong with me, and they’re there when someone suggests physical therapy for my pelvic floor.

We, women, need to overcome this shame around our sexuality to ensure that we are receiving the healthcare, among many other needs, that we deserve. After ten years of back pain and a perpetual quest to relieve it, I’m ever grateful that my friend told me about her experience, and that I could move past my discomfort around the idea of pelvic floor P.T. to receive the help I required. 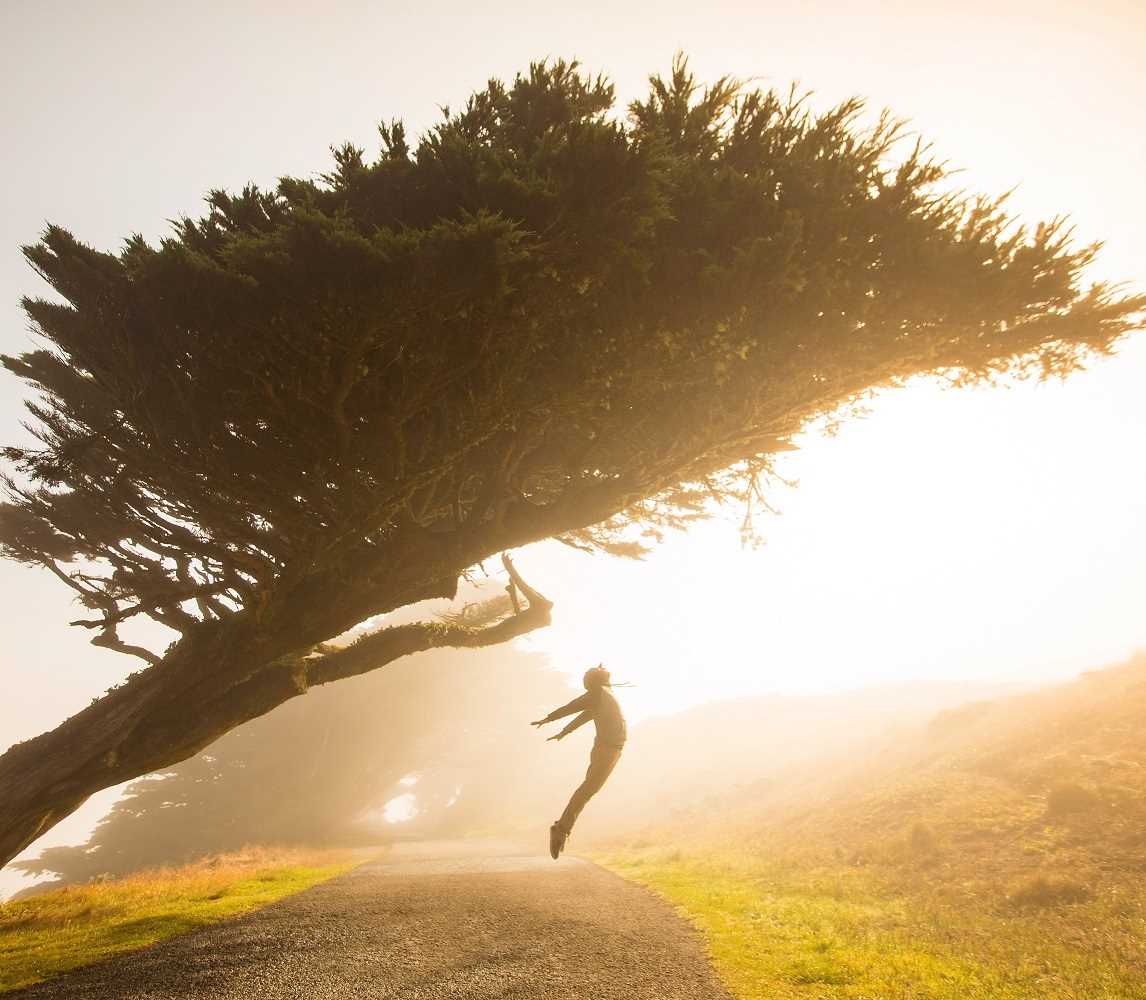